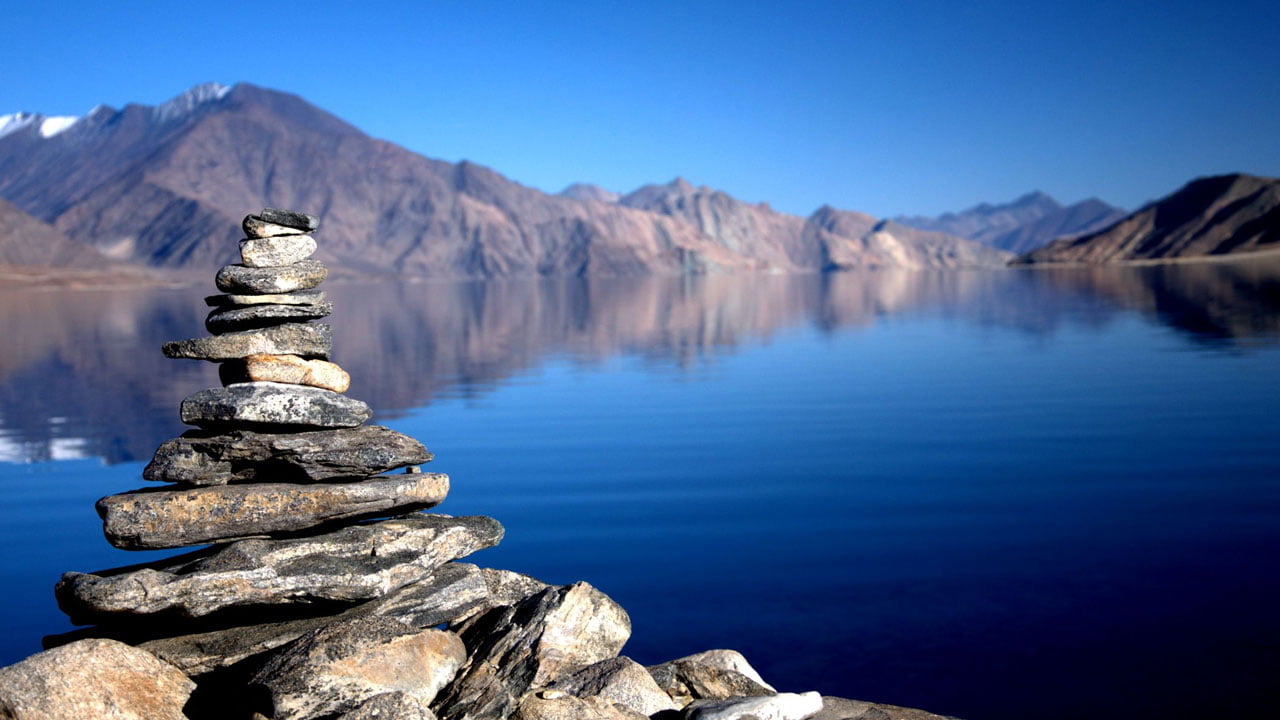 Posted at 13:20h in Destination, Solo Vacations by admin

The long stretches of frivolous snow-clad mountains, verdant wavering foliage and the gleaming blue water accompanies the many fascinating vistas that prevails in the land of Jammu & Kashmir. The state is carefully divided in to three prime regions namely, Jammu, Kashmir and Ladakh, which are fringed by Great Himalayan and Pir Panjal range. A well-deployed state for tourism and adventure, it is set amidst majestic beauty of nature that rejuvenates and offers impeccable peace of mind. Travel to Jammu & Kashmir to find a world away from the confines of mundane.

Swathed in the constricted mist of spirituality, experience the real meaning of Unity in Diversity and celebrate the gift called life by seeking blessing at Mata Vaishno Devi, Maha Kali and Thiksey Monastery. Sail on the sparkling waters of Dal Lake or stroll through the resplendent trails of multi-hued flowers at Mughal Garden. Take chances at easy to rigorous adventure activities like golfing, trout-fishing, trekking and mountaineering offered at different regions of the state. Savor the taste of mouth–watering Kashmiri cuisine and cherish the fantastic hospitality offered by sundry hotels & resorts. The vast exploratory resources, ample of adventure options along with abundance of cultural treasure make holidays in Jammu & Kashmir the most remarkable sojourn.

IntroductionThe first fruit of Dogra reign, the state of Jammu & Kashmir blesses the Northern Frontier of India. The state officially integrated in 1948 as a part of India, when the existing rulers agreed to join Indian federation. J&K as it is often dubbed as, has wide vista that surfaces rich culture, tradition and history. Its vivid description in the epic of Mahabharatha and writings of Kalhana (Rajatarangini) manifests the vital position it holds in upgrading the Indian diorama of history. Needless to mention the deliberate natural escape it has been for travel aficionados, the state of J&K compliments the picture of Indian jigsaw puzzle.

Tourist Attractions in Jammu Kashmir:Each town and city in Jammu & Kashmir is blessed with natural spectacles and man-made masterpieces. Srinagar (Summer Capital) is replete with attractions like Dal Lake, Nishat Bagh, Shalimar Bagh, and Chashme Shahi. The region of Jammu is famed for its sacred shrine of Mata Vaishno Devi. Dargah of Peer Budhan Ali Shah, Raghunath Temple, Maha Kali Temple. and Gaurikund Temple, Sheesh Mahal and More…. are popular tourist places in Jammu & Kashmir. On the other hand Leh Ladakh has gained fame as a hub for adventure activities; it is however also dubbed as the land of the Buddhists. The major points of attraction are the Leh Palace, Gompa, Sankar Gompa, Shanti Stupa, Namgyal Tsemo and Soma Gompa.

HistoryInundated with vestiges of rich history, the modern day J&K had been the part of eminent Mauryan records in 250 BC. Turning pages of the vivacious era of Ashoka, Jammu and Kashmir was renowned as Pandrethan city that sheltered many Chaityas and Viharas. History records political disorders since time immemorial in the state, from the reign of Akbar in 1587 to the contemporary era, disarrangement has followed J&K incessantly. Despite the prevailing circumstances, the state has managed to grow as a hub of harmonious culture, ingenious art and craft and indomitable population. The reign of Zain-Ul-Abidin in the 15th century opened door for the prosperity of art, music and culture along with development in several other spheres. Under the Mughal rule, the two prominent gardens namely Shalimar Bagh and Nishat Bagh were created. After the Sikh rule (1819-1947), the state of Jammu and Kashmir dawned into its original form under the Dogra rulers and thereafter officially integrated as a part of India in 1948.

LocationScintillating crown of the Indian Peninsula, the state of Jammu & Kashmir share border with Himachal Pradesh and Punjab in the south, while it also has an international border with Pakistan (Gilgit Baltistan and Azad Kashmir) in the west and northwest and Republic of China in north and northeast. Thus, it retains to itself a rather picturesque landscape that is capable of attracting tourists worldwide.

ClimateJagged topography results in diverse climatic conditions in different zones in the state. Expect semi-arctic (Dry and Cold) climate in Ladakh region and heavy monsoonal rains (March to May) in Jammu and Srinagar along with humid summer season in Jammu zone. Despite the fact of extremes be assured that bright sunny days are not rare and the moderate weather does exist in the periphery.

Flora and Fauna:A wide range of flora is eye-catching, from the Northwestern thorn scrub forests to western Himalayan sub-alpine forests, from the shrubs and meadows of the northwestern Himalaya to the alpine steppe of the Karakoram-west Tibetean plateau swathe the length and breadth of the state of Jammu & Kashmir. However, the high altitude areas confine itself to bitter cold and ice. A most common sight in the state is that of bounty Chinar, Deodar, Pine and Fir trees; also walnut, almond, willow and cider engage many areas here.
Jammu & Kashmir offers a walk in to wilderness, encounter with musk deers, black and red bears, ibex and various species of birds are common, whereas, if lucky snow leopards and leopards can be spotted here as well. The arid region of Ladakh shelters around 240 species of indigenous and migratory birds along with exclusive animal species including Himalayan ibex, yak, Tibetean antelope and gazelle.

DemographyA majority of Muslim population resides in Jammu & Kashmir. On the other hand, Buddhist, Hindus and Sikhs along with few Christians, Jain and Zoroastrians form the minority section. The principal spoken languages in the region are Kashmiri, Dogri, Urdu, Ladakhi, Pashto and Gojri. Hindi is also widely spoken and English now is being treated as a second language for communication and interaction. Paharis, Gujjars, Sheenas and Bakarwalas reside along the Line of Control, whereas Muslim Kashmiris and Kashmiri Pandits dominate the multi-ethnic regions along with Punjabis and Dogras (67%).

Art and Craft:Handloom and Silk:Arts and Craft has grown leaps and bound in Jammu & Kashmir. It has evolved in the period of 2500 years and gained worldwide acclamation. Spectacles of handloom can be seen clearly materializing in the form of Pashmina Shawls and Carpets here. Kasida is the popular embroidery form; it is useful in composing designs of Chinar leaves, mythological characters and design of a landscape. Silk is yet another product that paves its way to the international market from Jammu & Kashmir. Indigenous production of Silk products like silk sarees, suits and head covering adds another feather in the cap of the state.

Wood Carving:Jammu & Kashmir retains its image as a brilliant wood artist. The intricate woodwork on the ceilings, which is popularly known as Khatam Band are splendid and unique. Carvings on furniture and on the wood of walnut trees are widely acclaimed as well.